What is IPTV and what is the advantage of this technology?

What is IPTV and what is the advantage of this technology?

There are many different technologies in terms of the technologies used, but they share the same goal, which is the delivery of content to the viewer. In this article, we will learn about IPTV technology, its advantages and also the requirements for its operation.

IPTV, or as it is called IP TV or Internet Protocol Television, is a system based on providing digital television broadcasting service using the Internet Protocol (IP) over computer networks, which often operates using broadband Internet lines, and in a form. In general, the main difference between the IPTV system and traditional television systems is the use of computer networks instead of traditional broadcast methods to deliver visual material to the viewer.

To know more about what is IPTV? 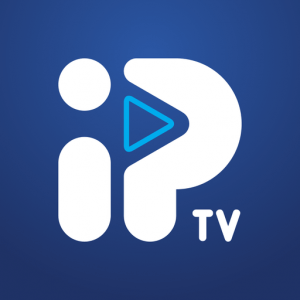 Also, there is a technology of air dishes that enables you to receive broadcasts from satellites and then the receiver converts the signal, to broadcast the channels in the known way and this is called satellite broadcasting.

IPTV technical advantages:
This service offers many advantages, the most important of which is that you will not have to install and maintain air dishes
And fear of weather problems, for example, for example, wind and rain cause the antenna to move, which leads to continuous interruption of transmission and disruption of the broadcast most of the time, but with IPTV technology you will not face such a problem, with this technology you only need an Internet connection, therefore you will not care much By external factors.

Plus, the channels you can watch are unlimited, so you don't have to
To manage the antenna dish every time to watch new channels, you can only update your IPTV links to add as many as you want.

Cons of IPTV technology:
This technology may not be suitable for everyone as it requires some medium to good internet speed
If you only have 4 megabytes, you may sometimes face some quality problems. On the other hand, 12 megabytes can do the trick for providing high quality broadcasting.

How can you benefit from this technology?

This technology has become widespread, making it easy to obtain, as most receivers now support it
It is enough just before purchase to search for the term IPTV, as you can find it in the box of the receiver, or you can ask the seller for technical support.

You can also activate the technology through a lot of applications on free Android phones
As there are some of them that provide this service for free, but using it via the receiver remains the best option.

The difference between sharing and iptv
Cardsharing

As we talked before, it transmits voice and image to you via the Internet, so it does not need an air dish, but it needs high internet speed. News and other Arabic and foreign packages and movie libraries

The internet must be at least 2 MB
It does not need an antenna, because it brings sound and picture from the Internet, so it does not need a signal
Therefore, it opens Egyptian and Arab channels in any country in the world
You can take the receiver with you to any country in the world and watch Egyptian and Arabic channels.
Channels have their own menu inside the menu and do not work with the regular channel list in the receiver
A receiver is not required, as it works on the screen of smartphones, Android devices, tablets, personal computers, and laptops.